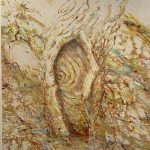 ARENA ‘Of fire and the plague’

Article by John R Walker on the parallels between the recent wildfires and COVID19, June 2020 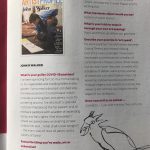 Article: Checking on Resale Royalty a decade on

by Meaghan Wilson Anastasios in The Age, Friday 4 October 2019 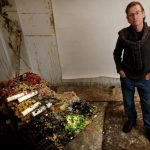 Review River on the Brink: Inside the Murray Darling Basin 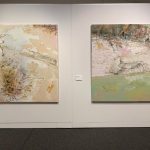 “He had found in the landscape a kind of untidiness that can be seen everywhere in rural Australia. From his studio in Braidwood, John has continued to be the chronicler of the big histories in the landscape, from its geological structure to the incidents of human interaction emerging from and being drawn down into the earth. That’s what this exhibition celebrates.”

“Like a Chinese literati painter, Walker roams around absorbing impressions of nature that are jotted down quickly on paper, giving a view of the landscape reduced to its essential features, sometime its bare bones.” Central Western Daily “At the Gallery: Legend still in the picture with Alan Sisley gallery” by Andrew Flatau,  April 5 2014

“Walker’s art is not at all about discrete marks – he explores the deep meaning of terroir and his ideas are bold and inspirational.”

ArtsHub review: John R Walker’s ‘the end of all our exploring’ by Gina Fairley

“Painting is still a very much a contemporary medium, honest and focused in an exhibition at Utopia Art Sydney.”

‘the end of all our exploring’     Recollections by John R Walker The series of seven canvases titled Winter in the Fire Forest…are dreamscapes, mostly filled with potential – not of a particular landscape but rather capturing some essence, fueled by memory, of the Australian bush – in Walker’s words ‘a sound, or an absence of sound…a strange sort of humming.’

Julian Beaumont, The Macquarie Group Collection – the land and its psyche, Newsouth Publishing 2012 Rarely in the last decade has an artist captured the essence of the Australian bush like John R Walker.  He has a love and feel of the countryside that is strong in his paintings.  The Collection has a number of Walker’s paintings, mainly gouache on paper.  The two represented here are from different series but have the same essential qualities of Australian landscape.

‘Site’ is a small, short, simple word that has complex connotations. In John R Walker’s hands a site is at once the sense of a particular place, portrayed through views that flirt with sight, and an archaeological dig – a layered landscape encompassing immediate histories and deep time.

Written in 2009, this insightful essay by Andrew Sayers was included in the Maitland Regional Art Gallery’s catalogue for John’s 2011 solo exhibition, ‘Space and Time: 10 years in the landscape’ @ MRAG. John R Walker has confirmed his place in the ranks of Australia’s great landscape painters. His portraits of the Braidwood district have come to define the landscape of the region.

As a landscape artist he is clearly demonstrating his intention not to follow popular conventions, but to pave his own path where he combines the specificity of a landscape, one which he knows intimately well, with an abstract meditation on its spiritual forms.

Walker’s emergence as a force in contemporary landscape painting is celebrated by the exhibition John R.Walker: Journey Through Landscape at the S.H. Ervin Gallery – a survey of nine years’ work that shows the artist growing more ambitious in scale and handling as his relationship with a particular environment becomes more intimate.

John’s painting Dawn Tantulean Creek, is one of the great paintings of the landscape to have been painted in Australia, in our time. You cannot pin it down, any more than you can pin down the inexorable change of the dawn light… Dawn Tantulean Creek opens up for your – you can walk around in it.

As a painter John R Walker holds that narrative in painting is a factor of compositional arrangement; ‘the greatest narrative painters are the greatest designers’, he says, citing Piero della Francesca as the supreme example.

Is The Truth of Portraiture Vested Exclusively In Likeness? An essay by Michael Desmond 2006, Portrait 21 On first seeing her portrait by Pablo Picasso, Gertrude Stein is supposed to have complained, “I don’t look at all like that,” with Picasso replying, “You will, Gertrude, you will.” To discuss the landscape with John R Walker is to be taken on a long and winding journey…Walker presents a sophisticated comprehension of the real issues and limitations in the now beleaguered ecological world; of the landscape’s living societal as well as natural dimensions and its persistence in decay as in recovery.

Bedervale, Badja and Monga    An essay by Belinda Cotton 2004 Walker pushes the tactile quality of paint and colour to guide the eye through, across and into the landscape in much the same way he would pointing out features along the journey he’s undertaking. He shifts and twists space, altering planes of vision within his canvases and builds impetus contrasting the flatness of  his canvas’s ground with eroded gullies that are like suppurating gashes often tinged with toxic greens of phosphate fed algae at their bases.

Experiencing the landscape  An essay by Simeon Kronenberg  2002 The destruction of the land has generated as many political statements as it has artistic, with many artists often confusing the two. John R Walker does not confuse the issues. As an accomplished painter he clearly loves the land he depicts in his recent series of Bundanon landscapes, leaving viewers to make up their own minds about the state of the land.