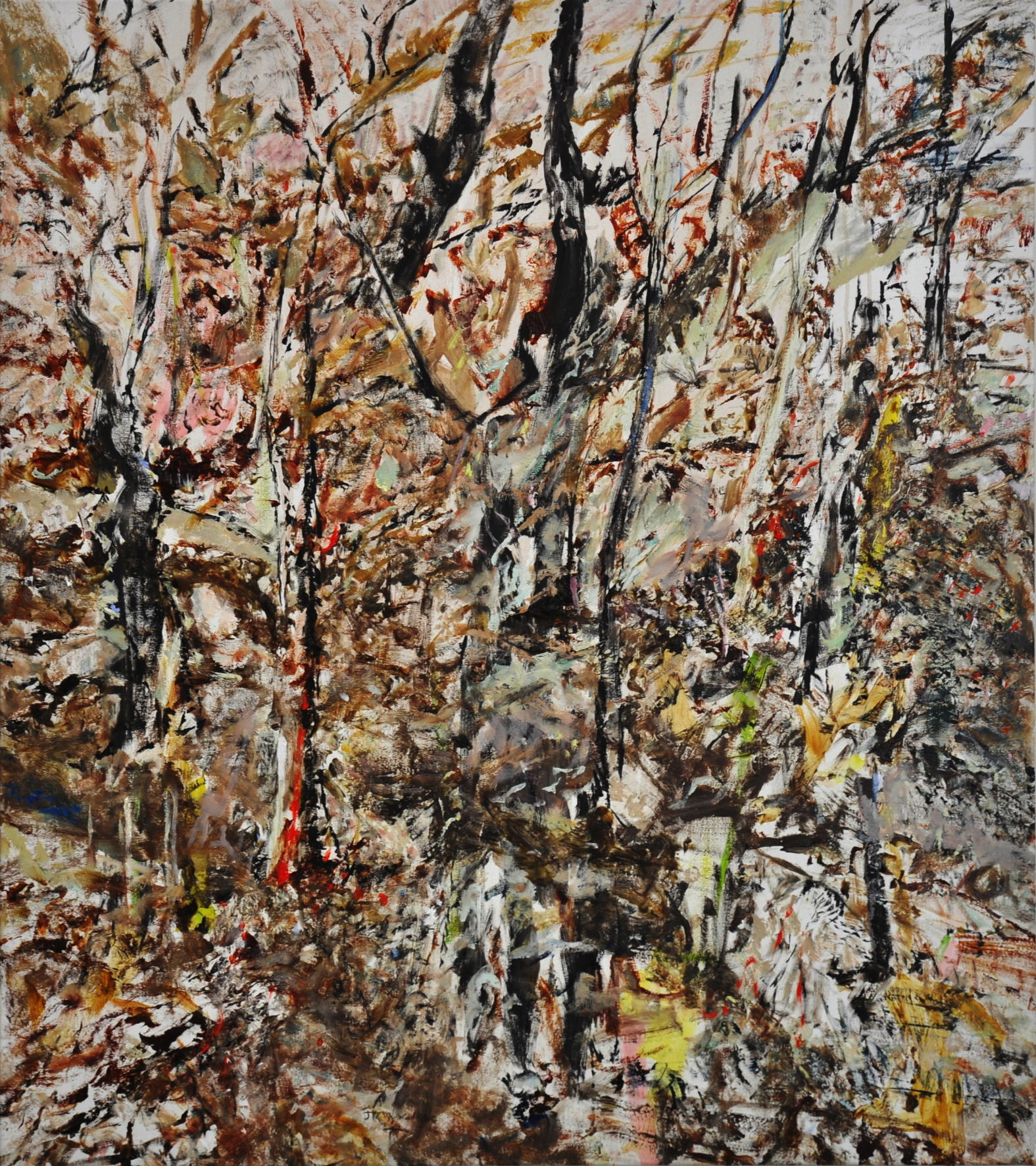 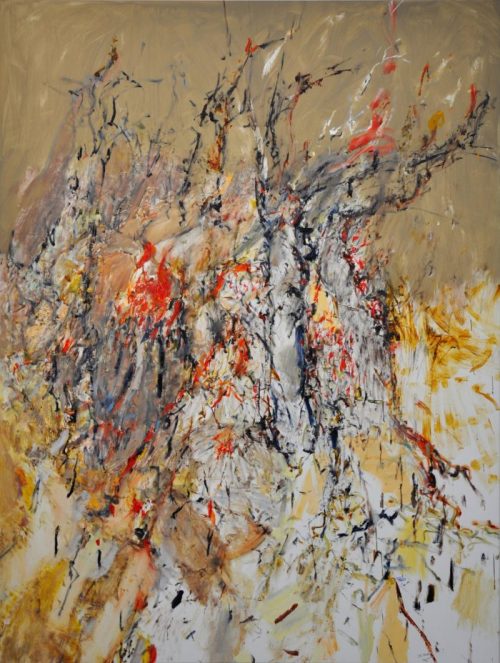 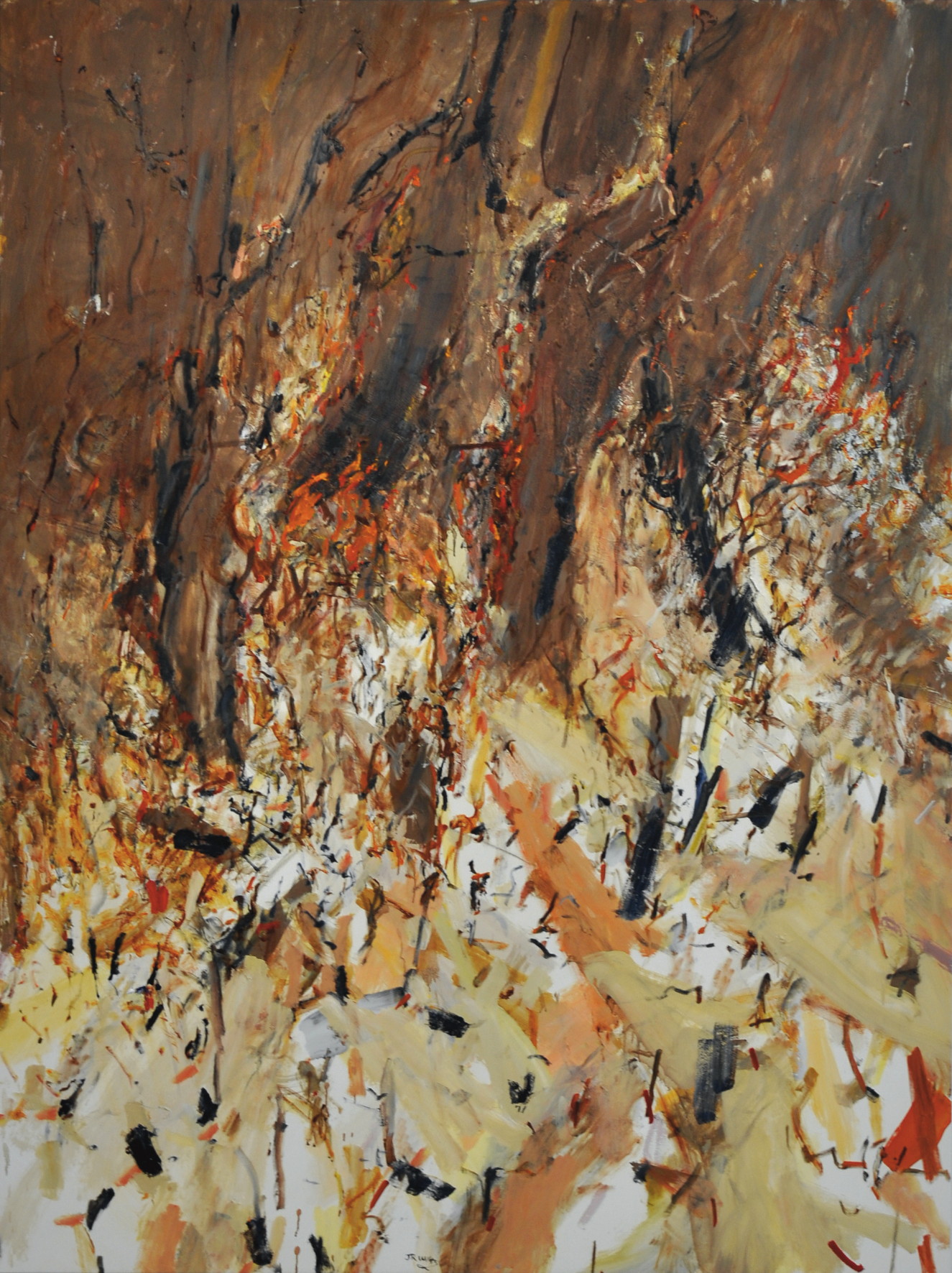 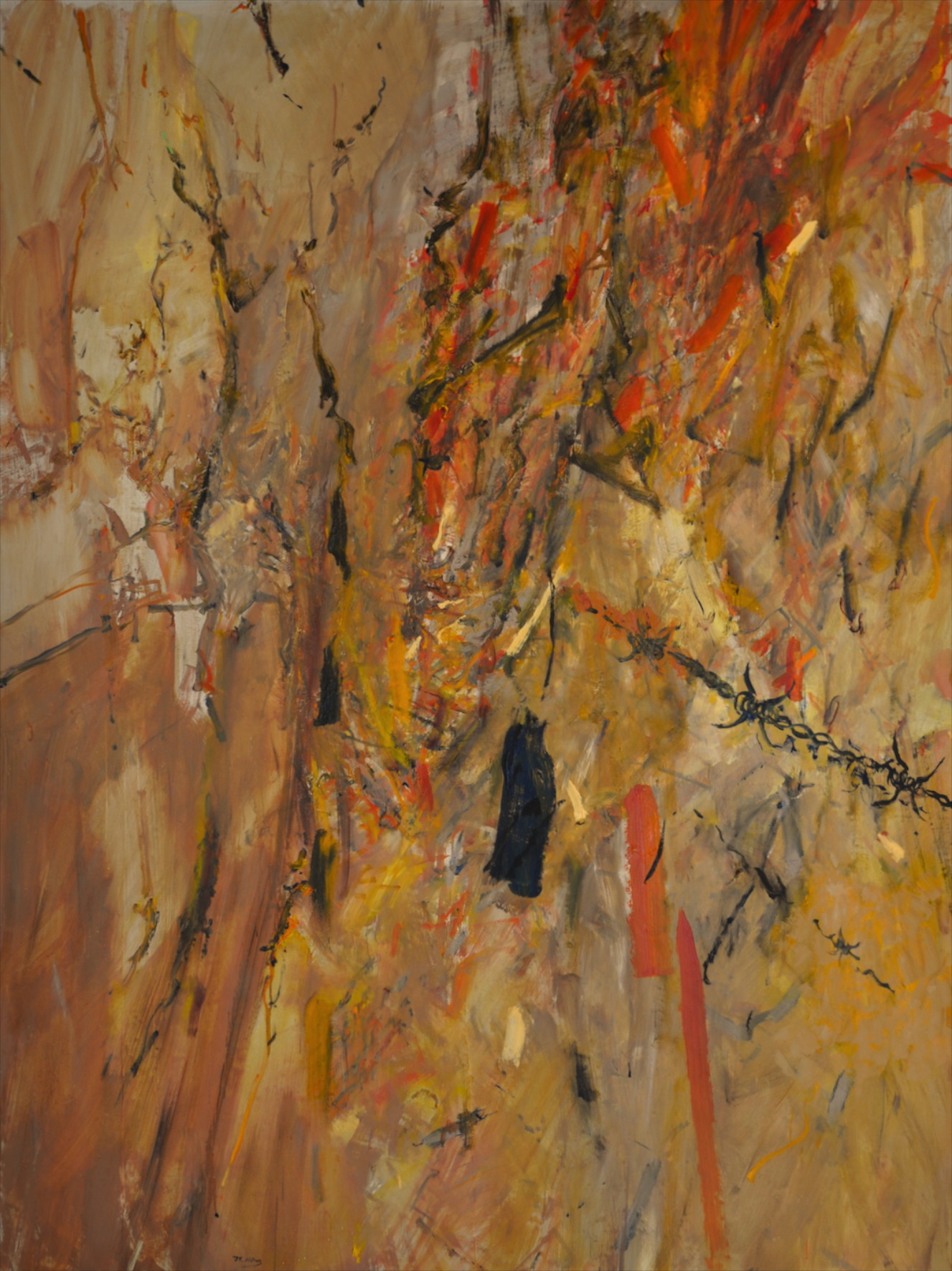 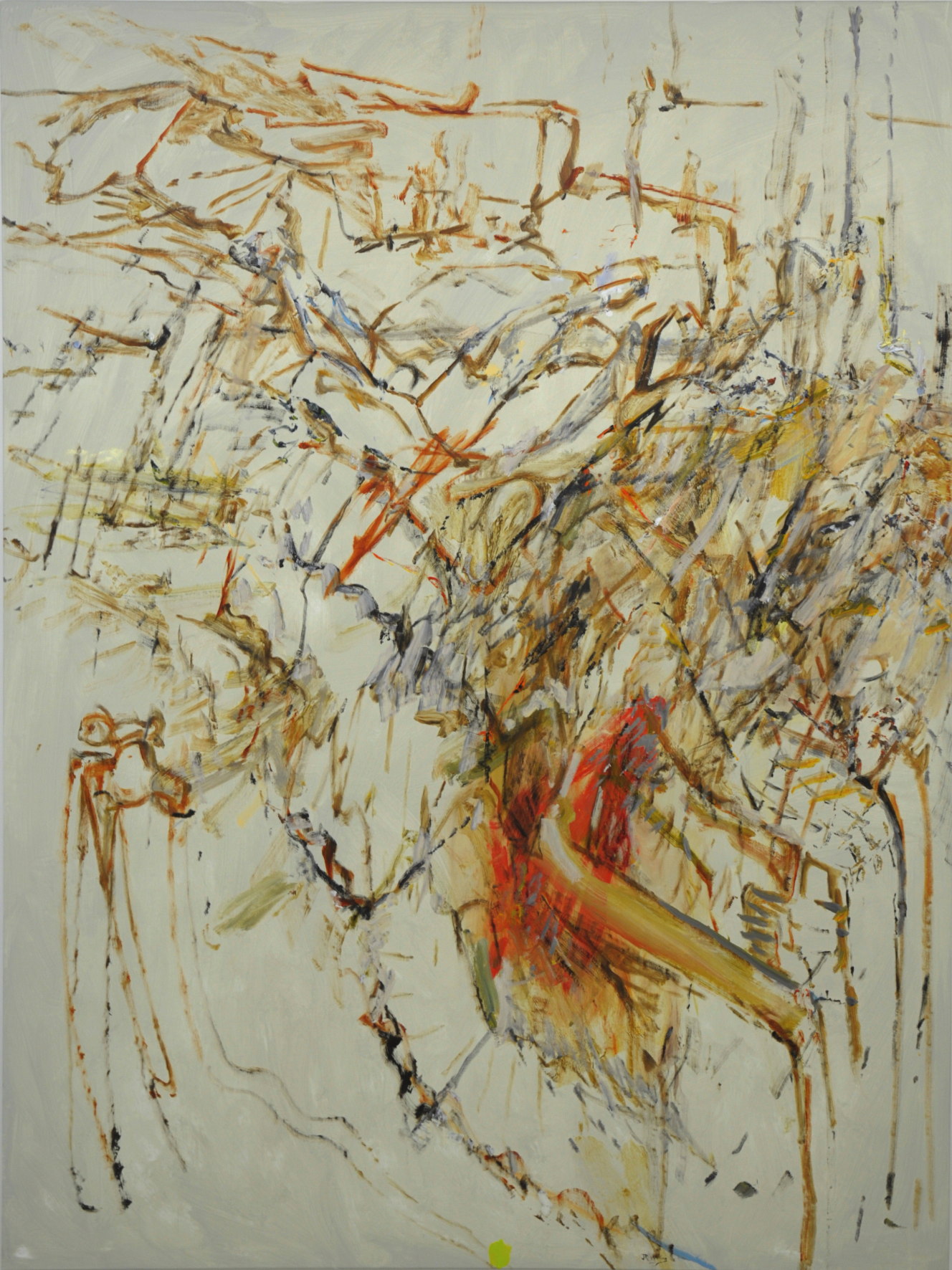 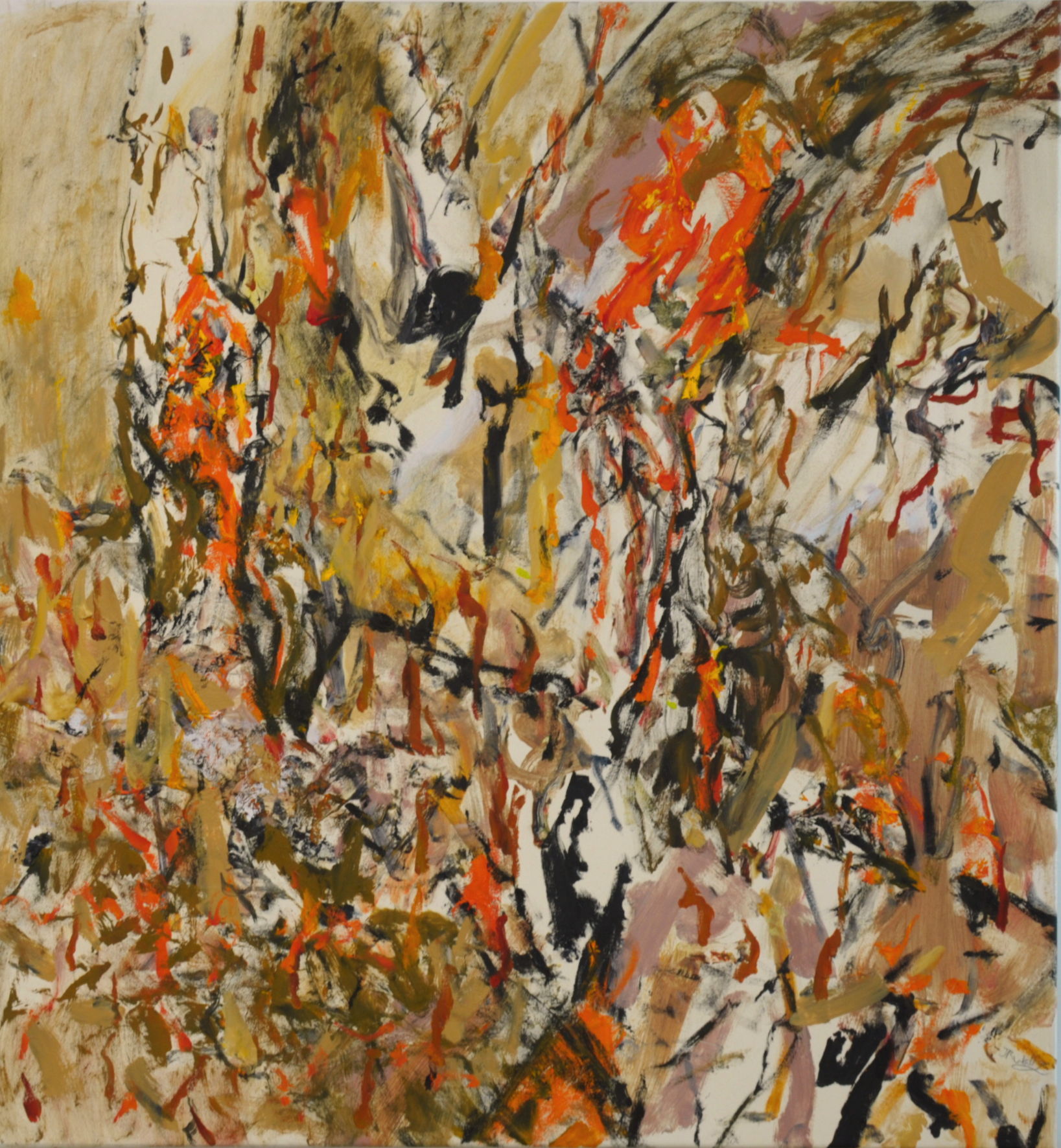 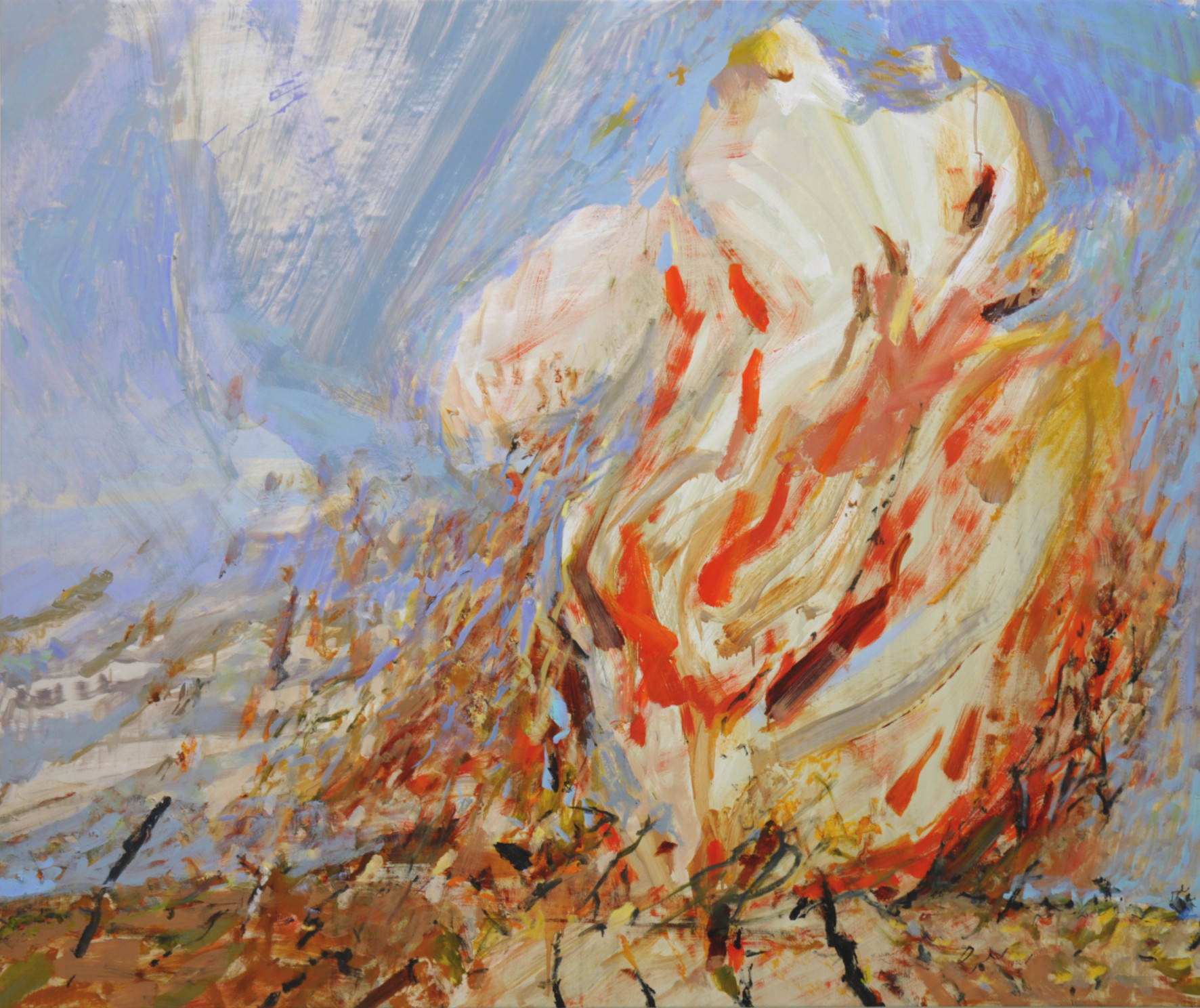 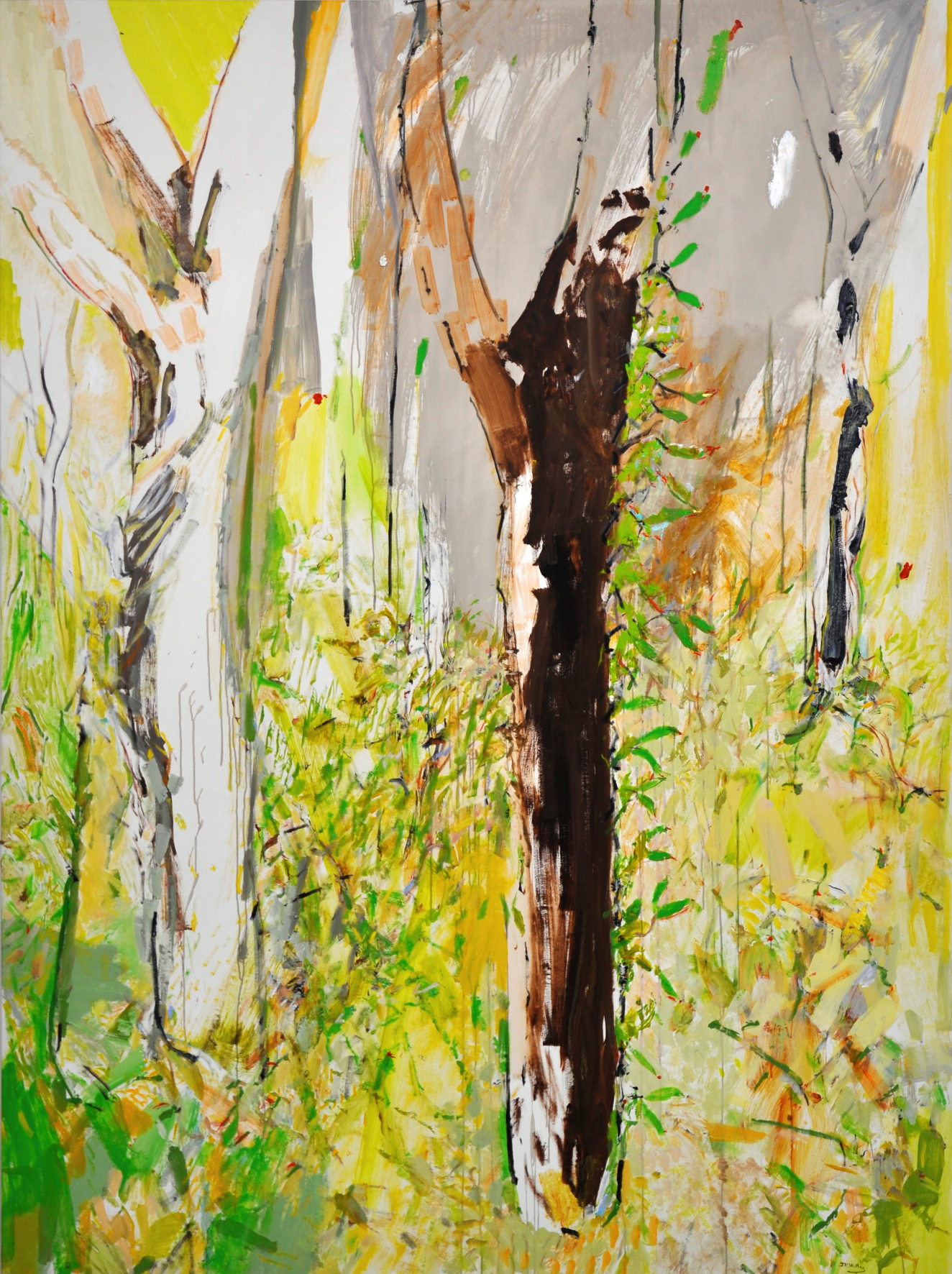 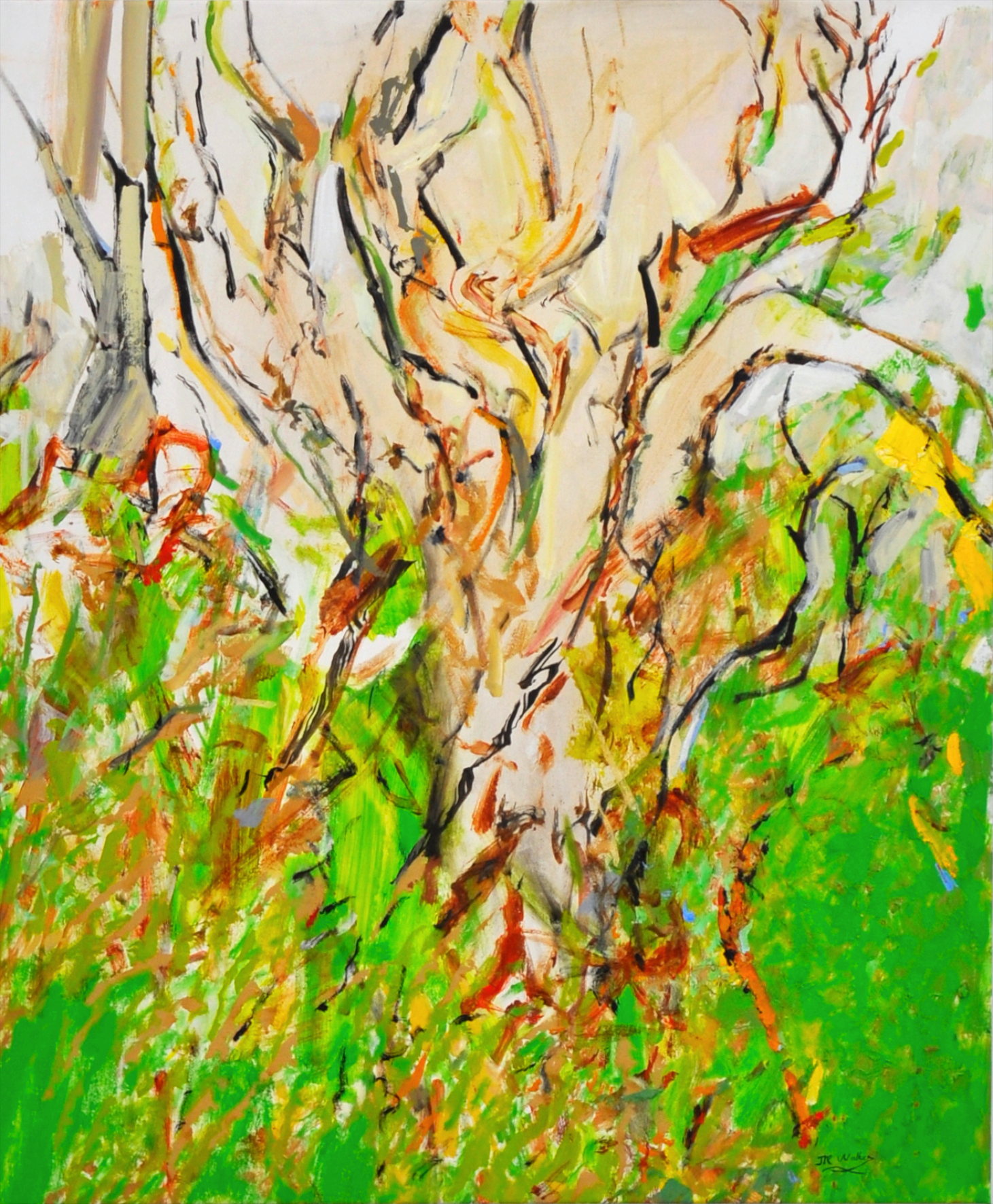 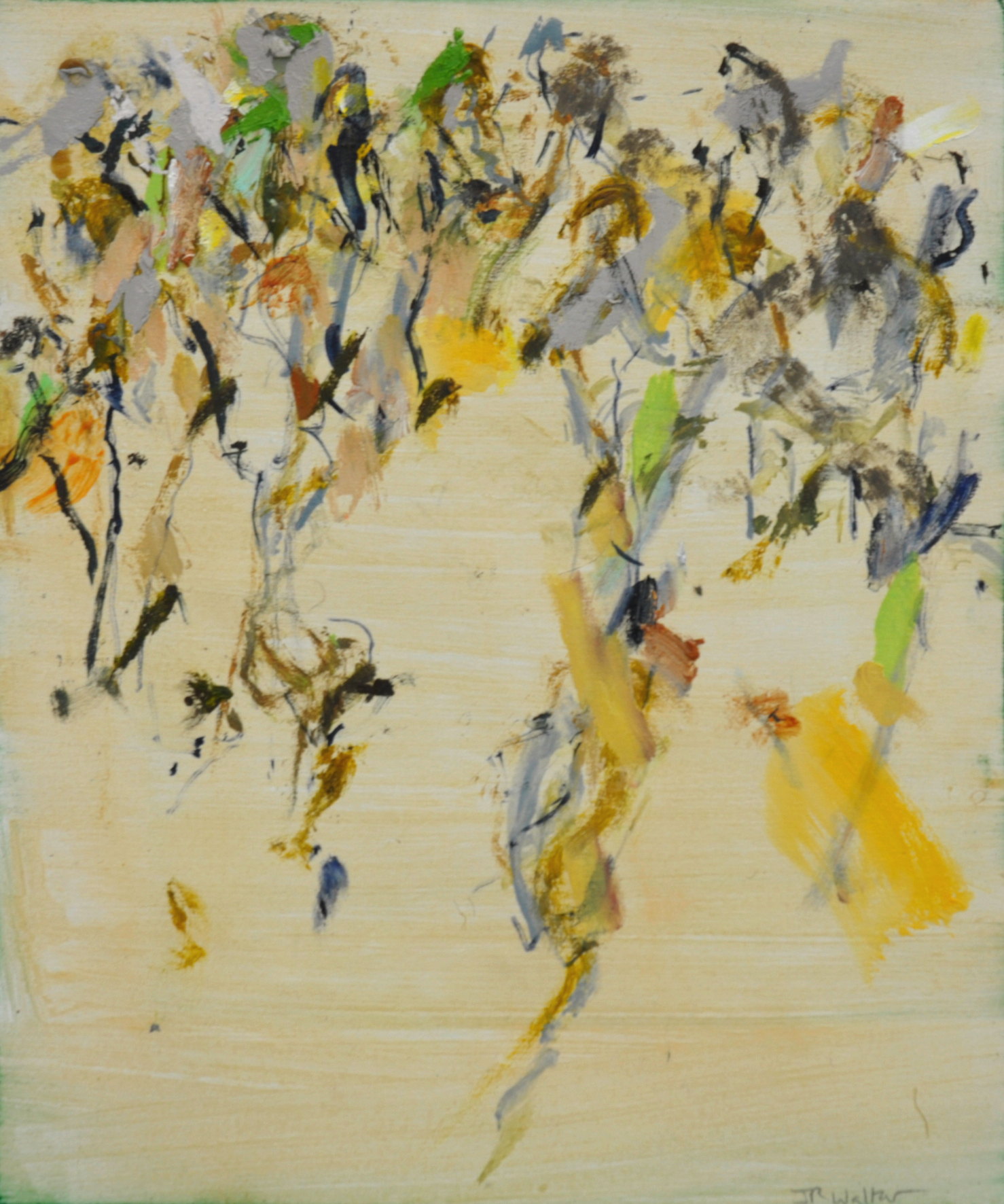 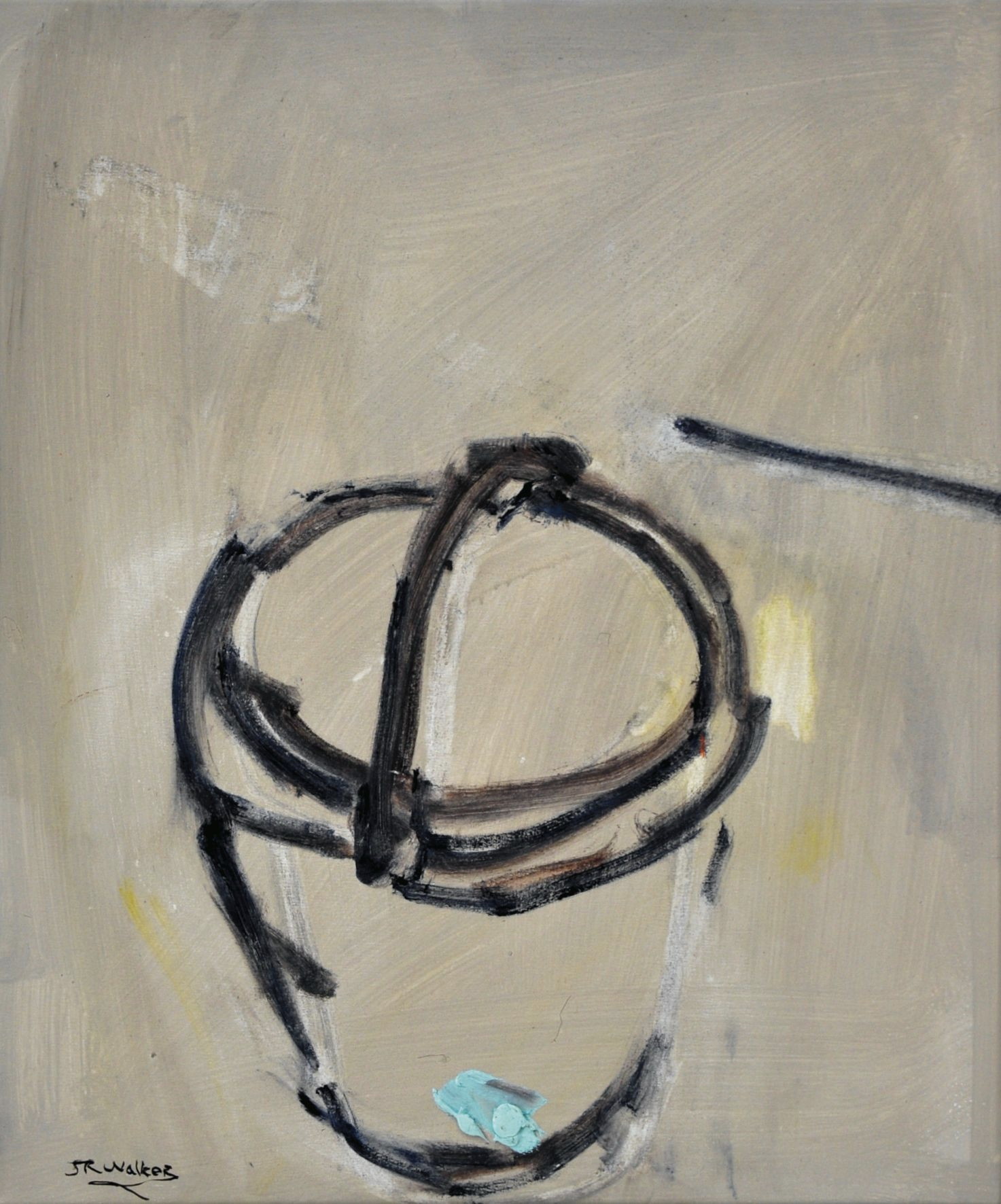 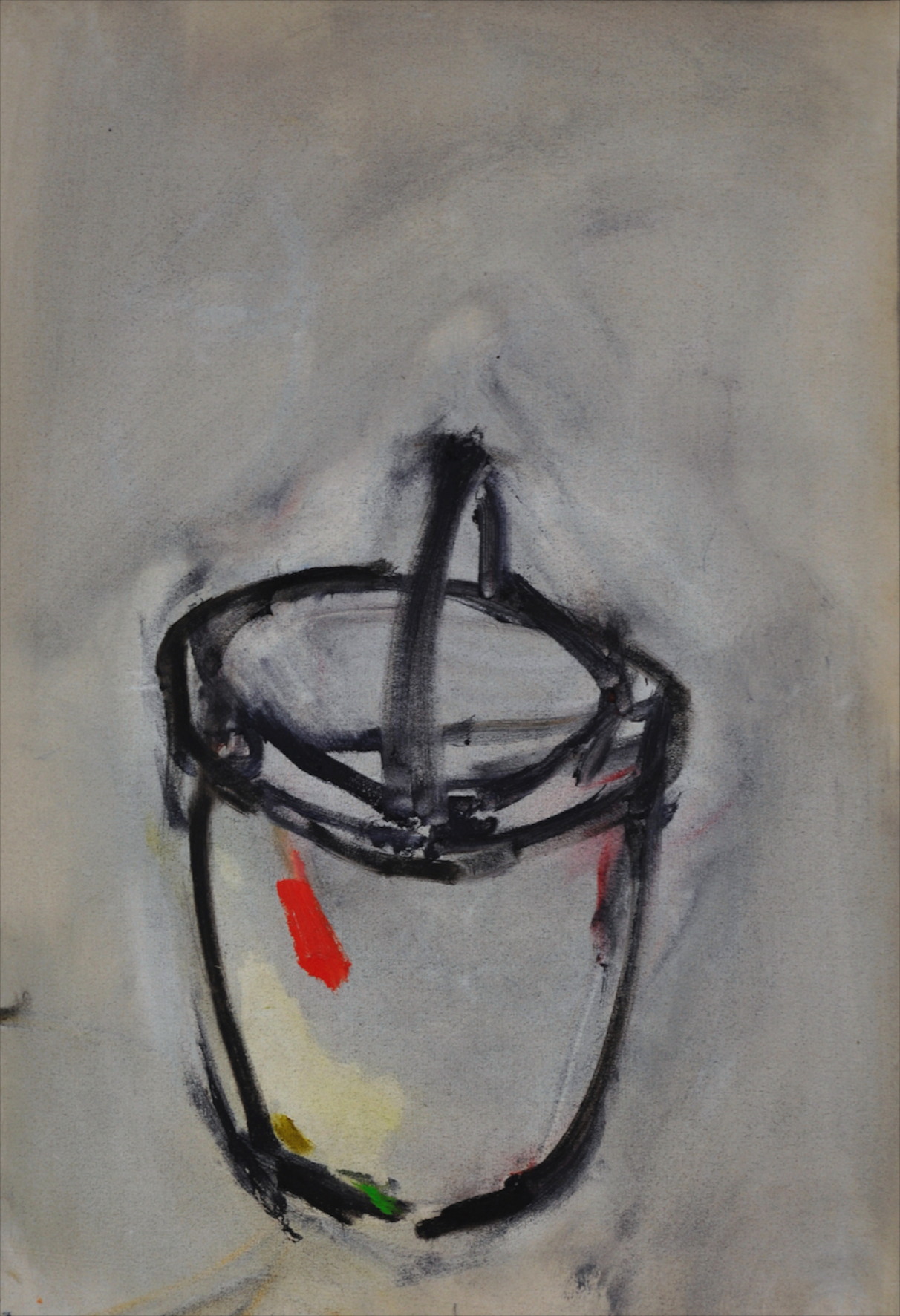 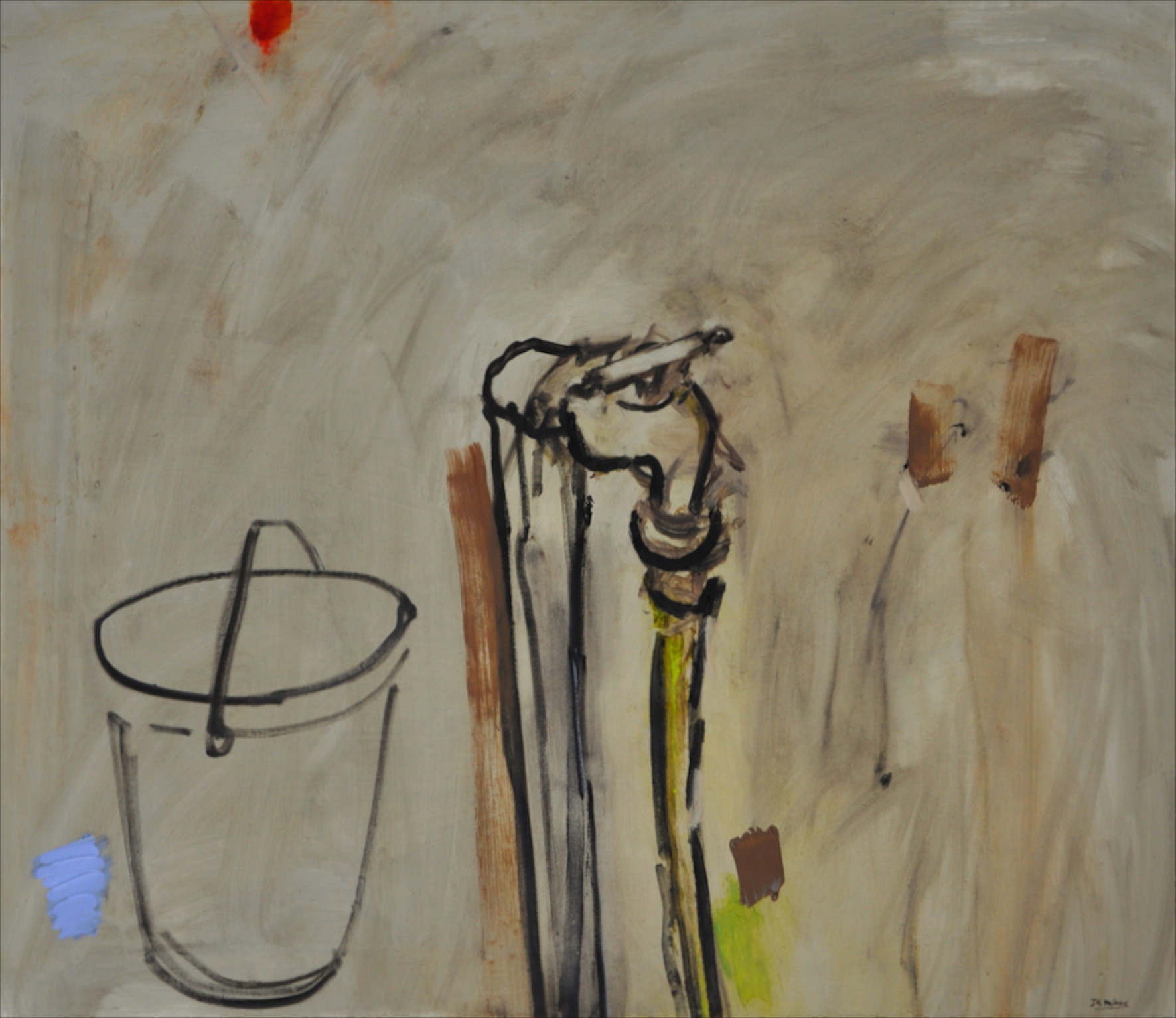 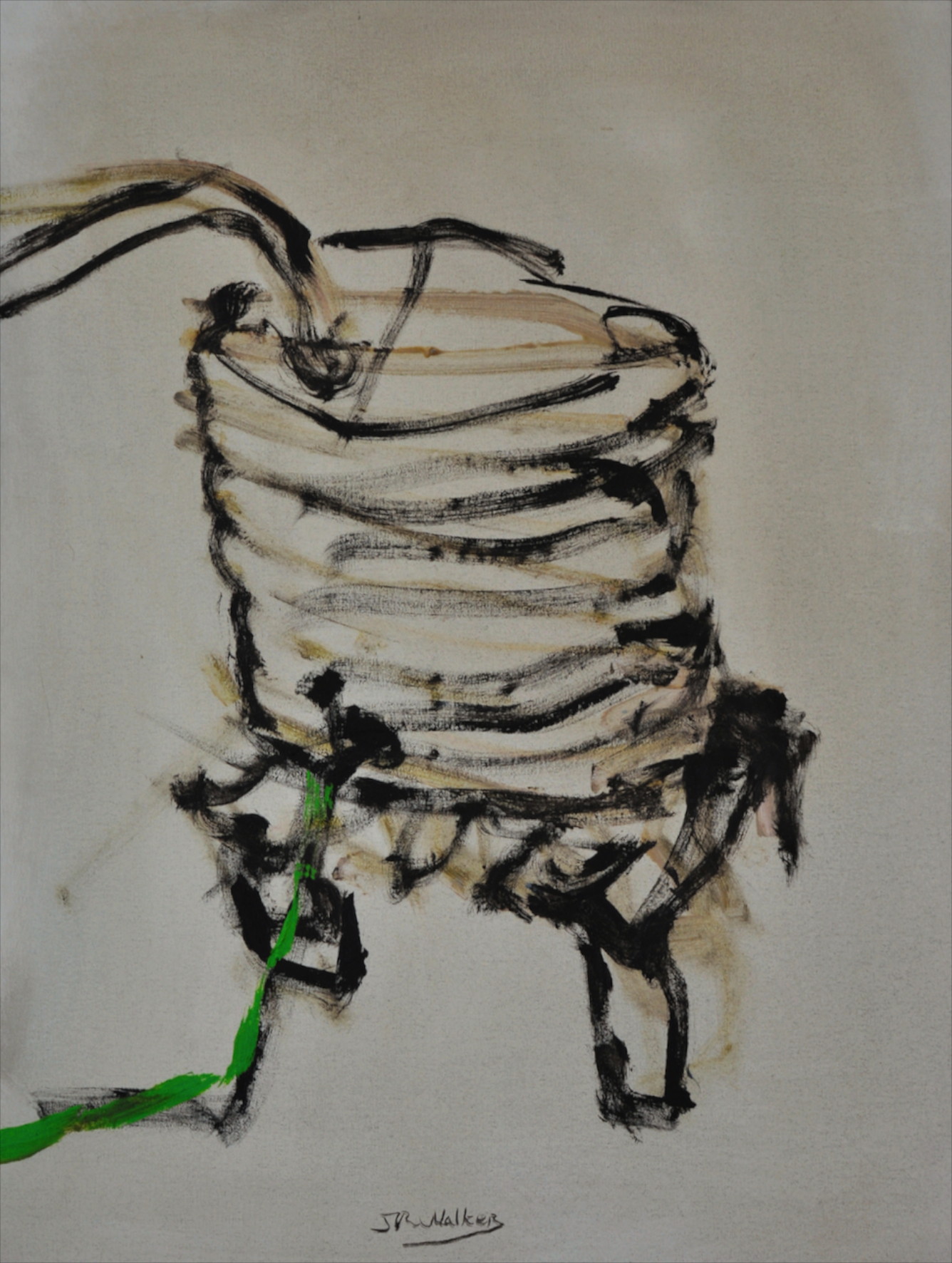 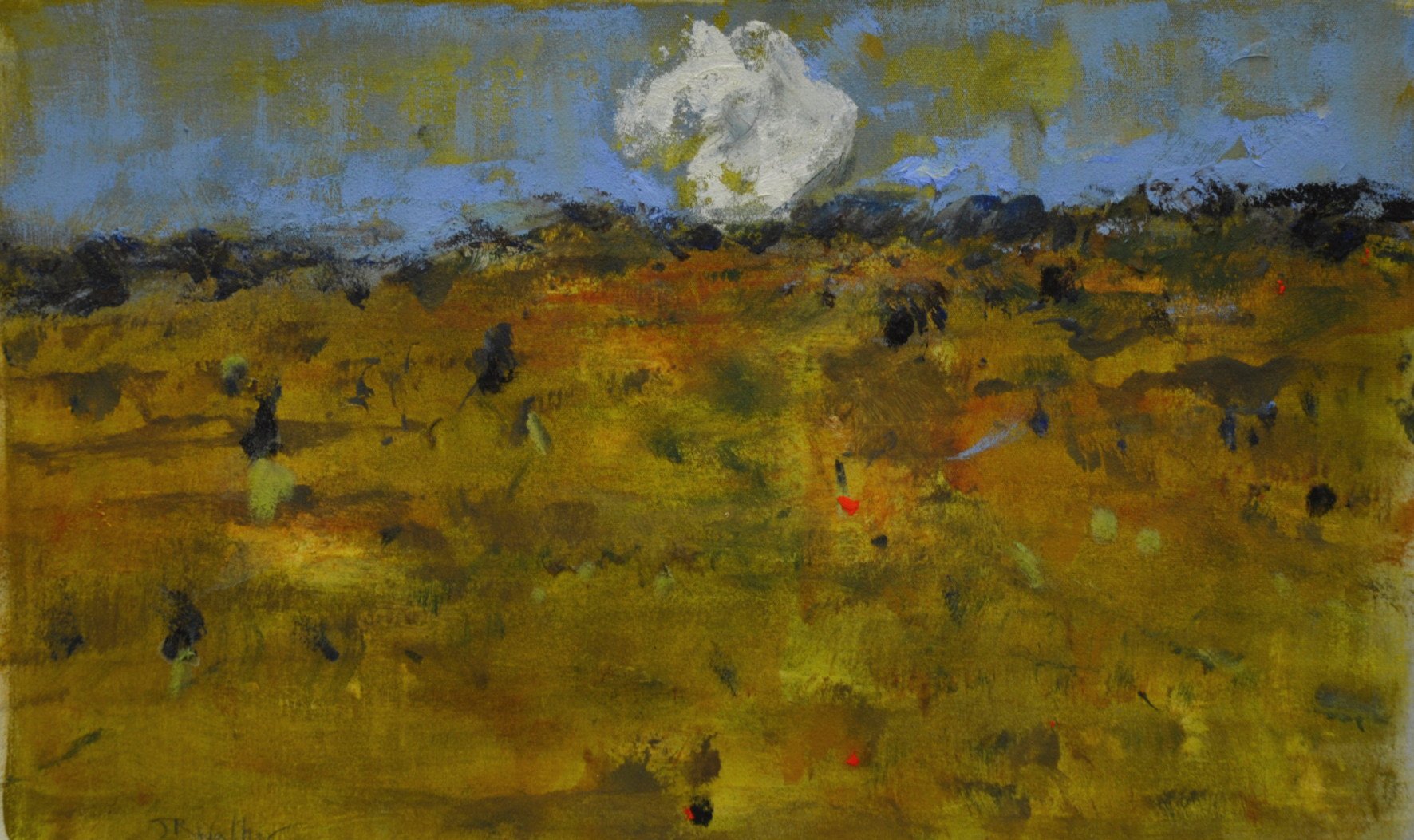 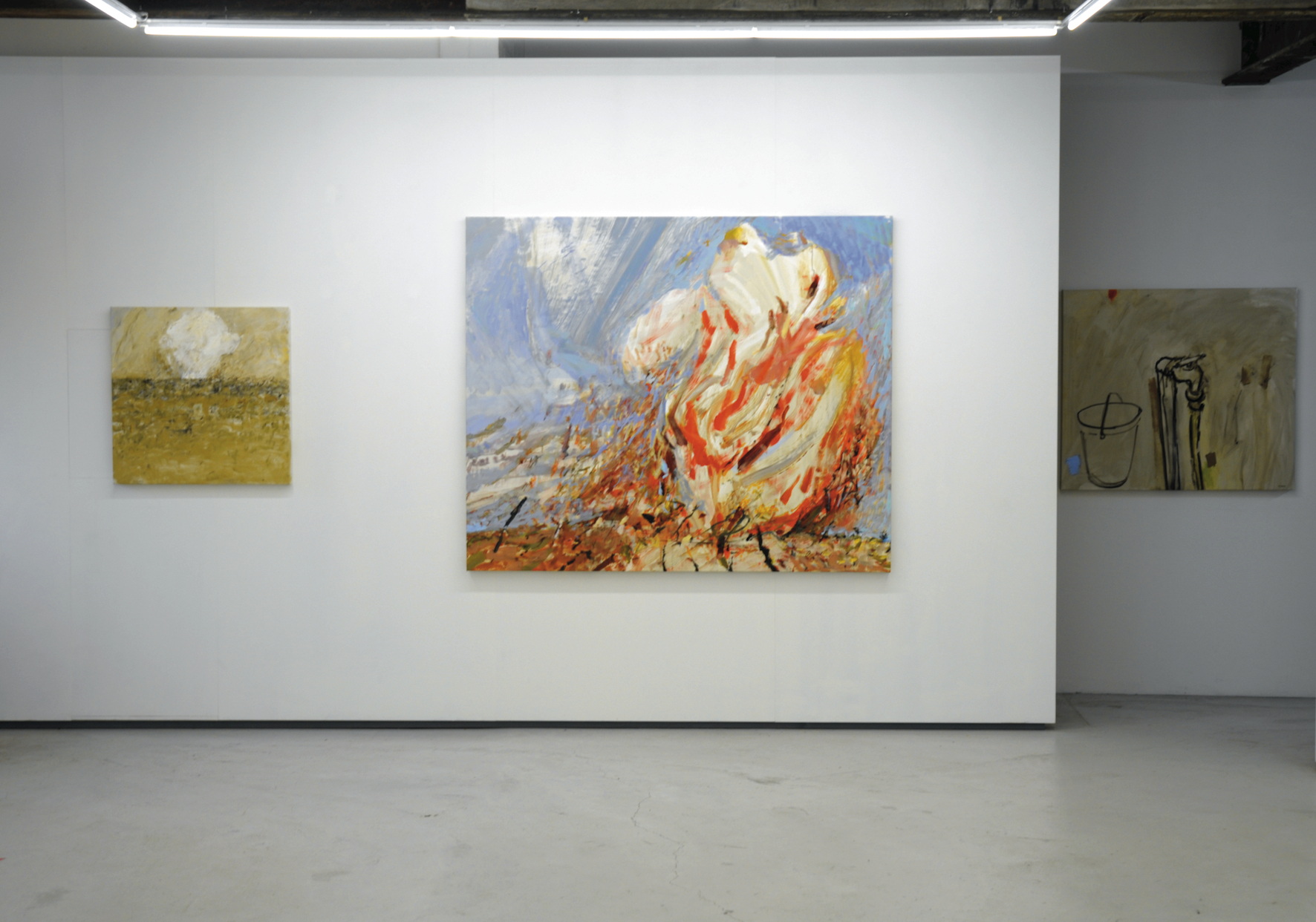 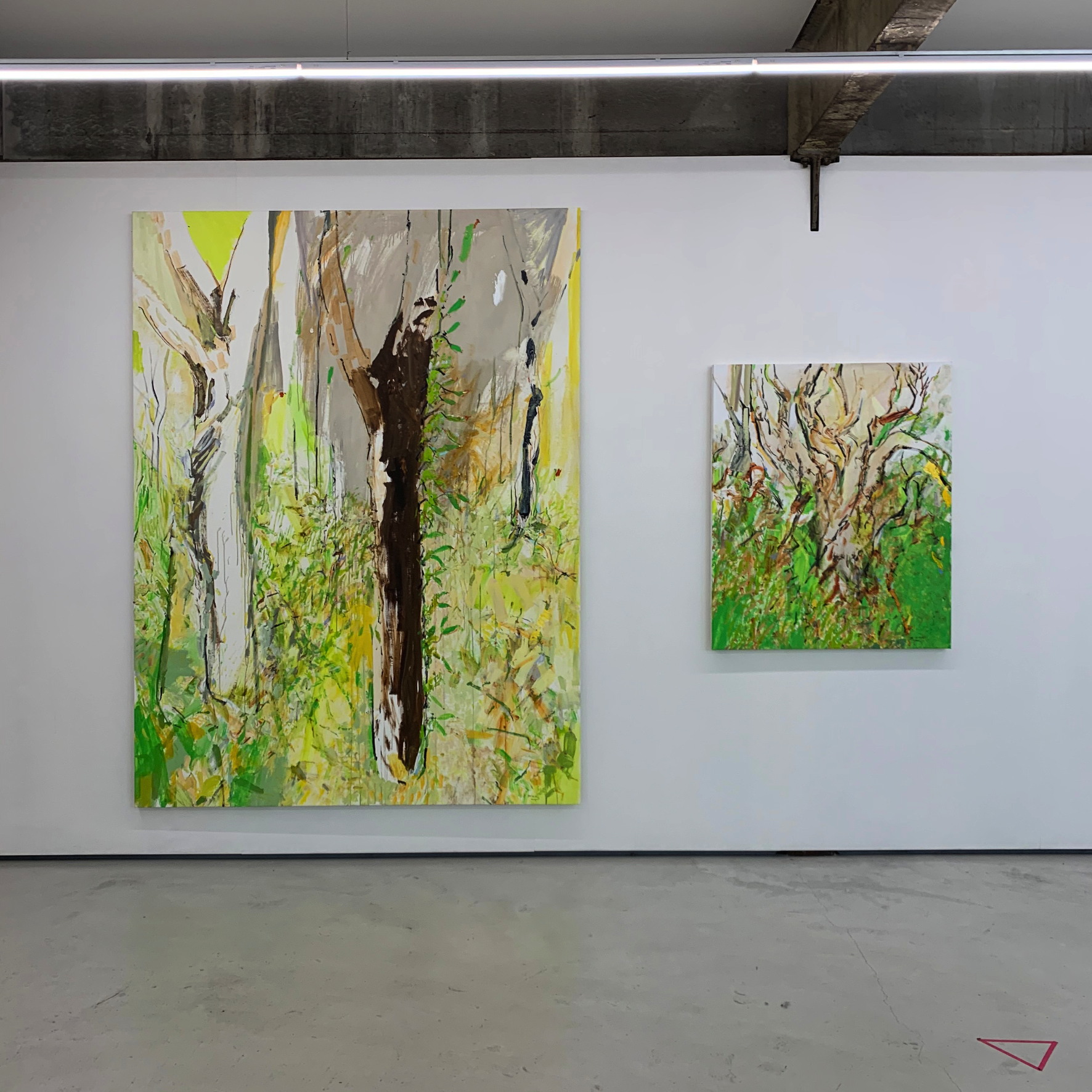 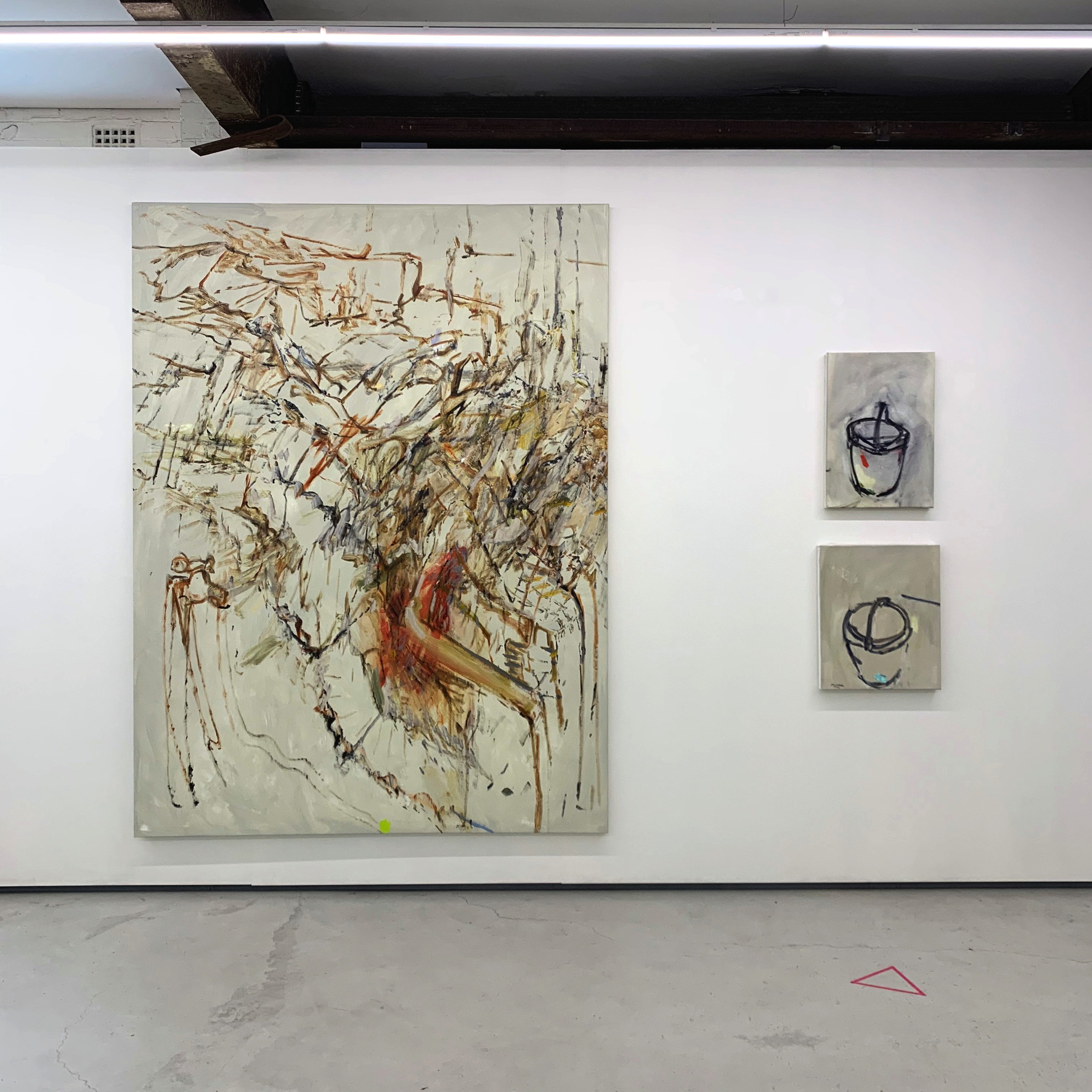 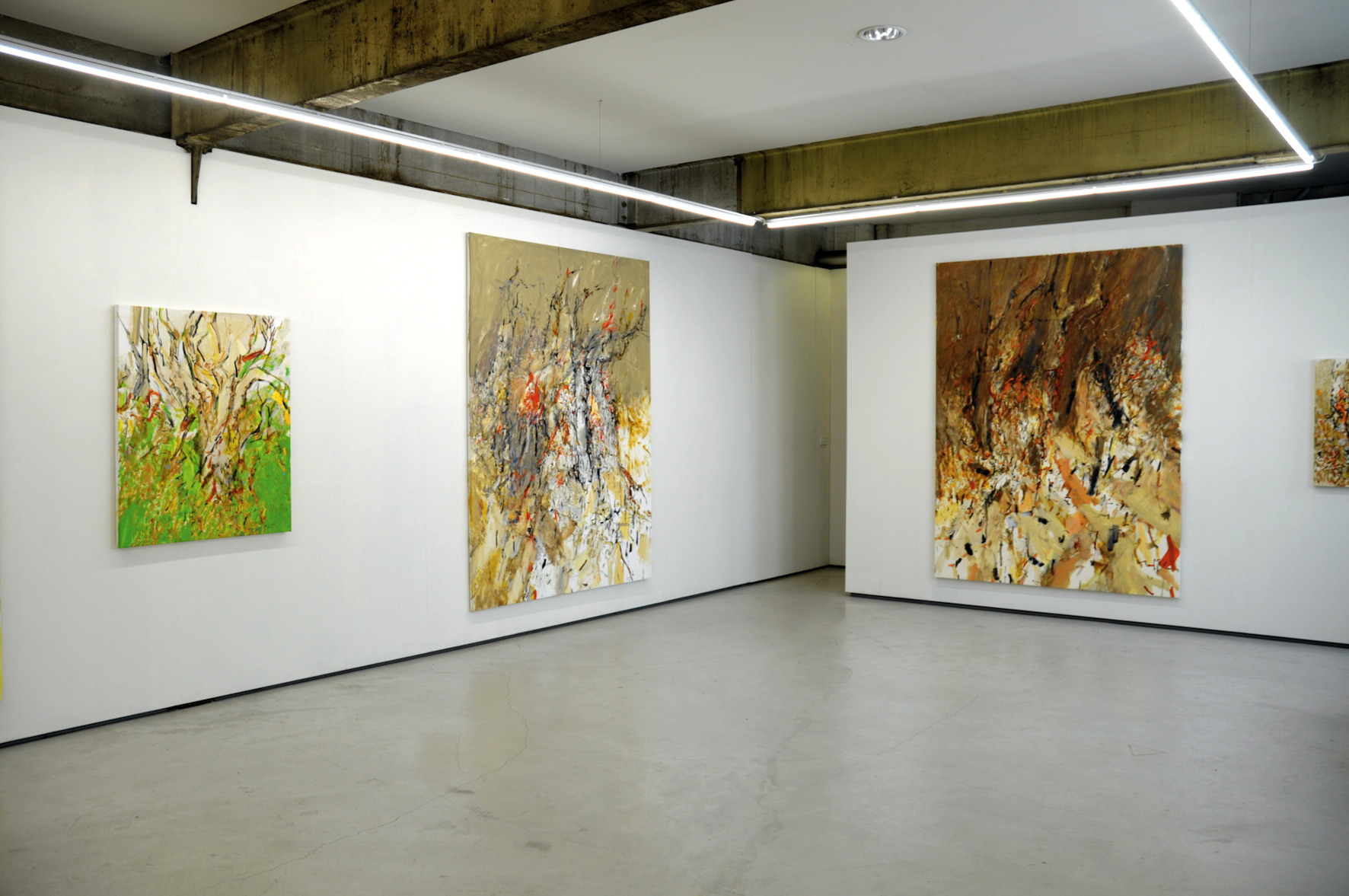 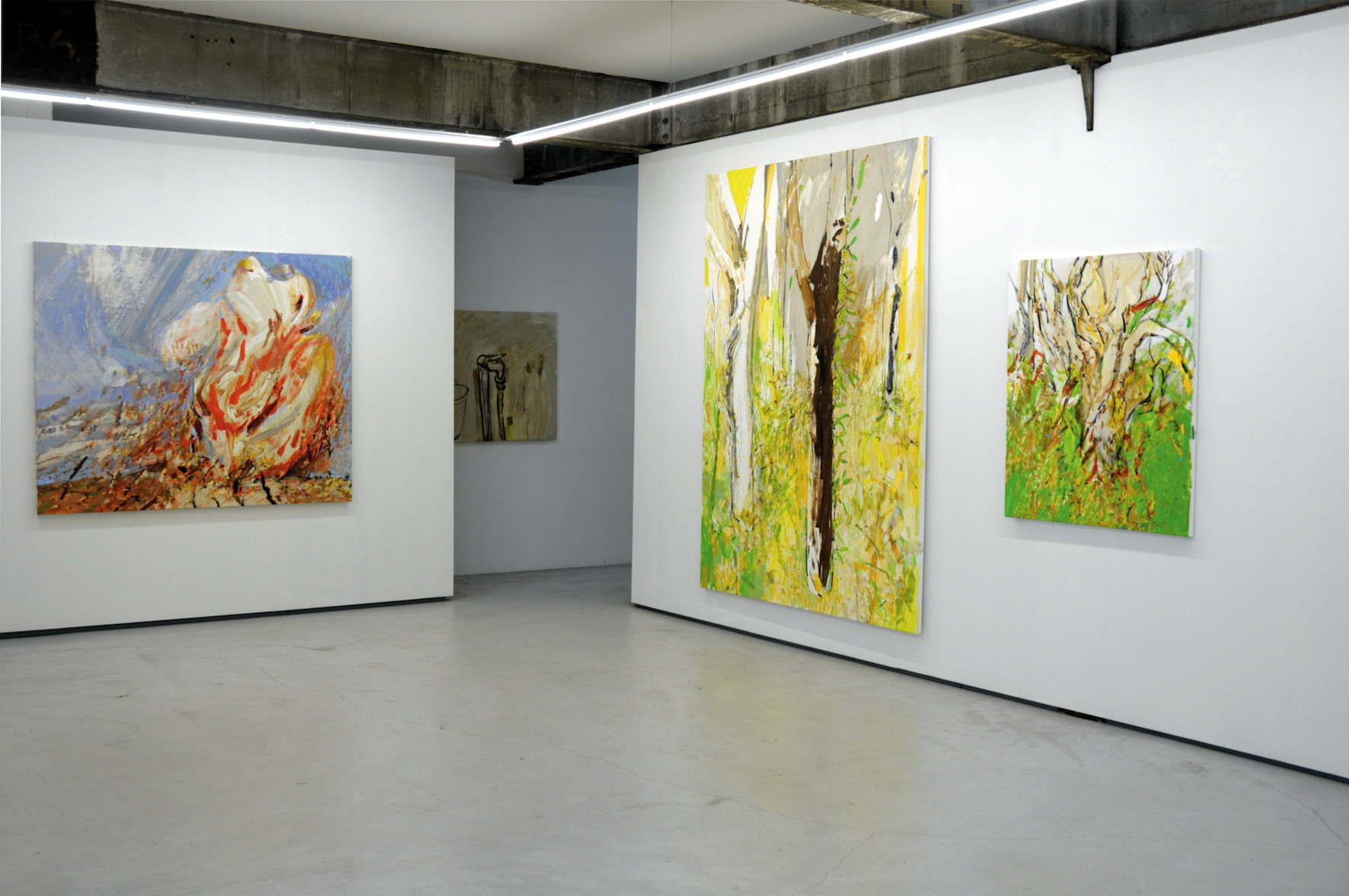 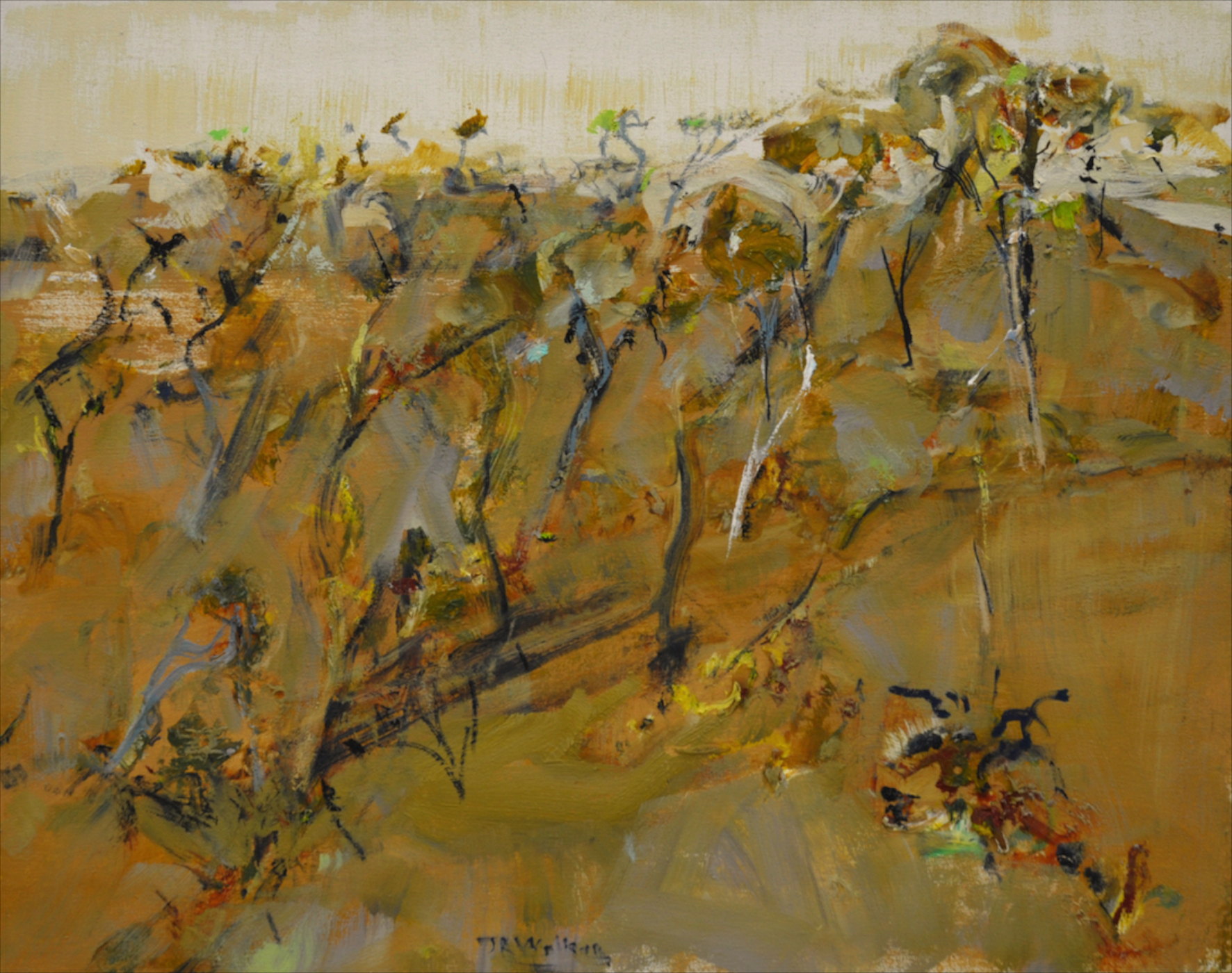 Dusk in the Budawangs III 2020 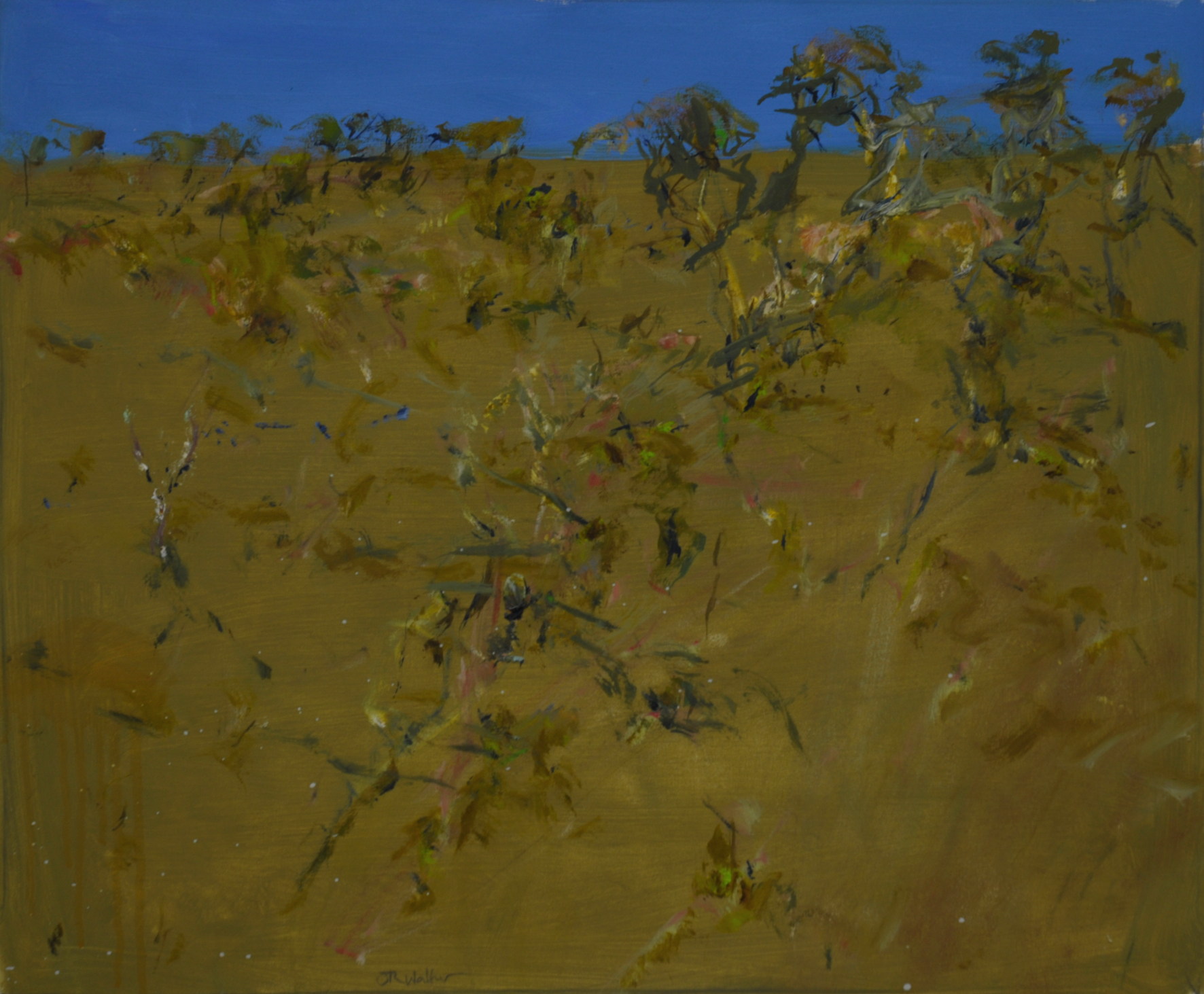 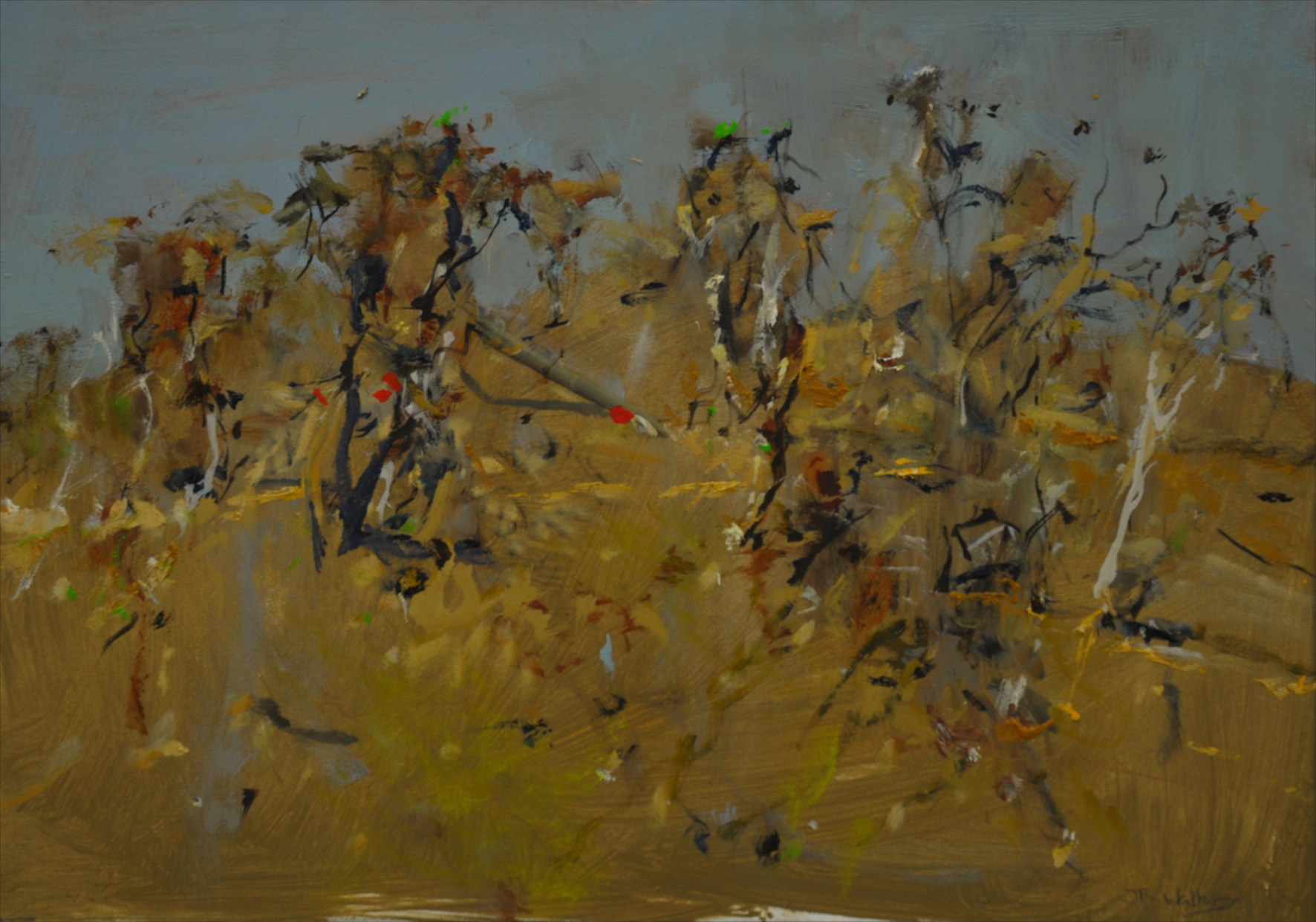 A lightning strike
By John R Walker
A lightning strike hit on the night of 25th November
2019, starting a fire on Black Range about twenty-five
kilometres west of the town of Braidwood, New South
Wales, where I live. For various reasons the RFS was not
able to get to that fire before it was too big to
suppress. By Friday 29th of November the fire had
grown large: it was burning just 8 kilometres from
Braidwood, and over the next few days things were
touch-and-go on the outskirts of the town. The view
from our front balcony was livid with burnt debris
landing everywhere. We watched a DC-10 air tanker
drop fire retardant on Jillamatong Hill just 2 kilometres
from us. However, the regional RFS was able to deploy
a lot of assets to the town’s defence. According to
a report from one of the local RFS brigade captains,
road graders ran over the paddocks near the fires at
‘40 kph for thirty hours, nonstop’, building containment
lines.

By the 5th of December the town was out of serious
danger. In hindsight, Braidwood was fortunate that the
fire that most directly threatened it, came early and
was a relatively cool fire. After it had burnt through the
sixty years of fuel load that had accumulated in the
great forests just to the west of us, we were, to a
degree, immunised from the worst of the fires.
Attention then shifted to the vast forested regions
and national parks surrounding the settled areas that
stretch from Eden to Nowra. The worst of the fire
season was yet to come to our region and the
adjacent south coast.

By mid-December the conditions were shocking: very
hot, no ground moisture, and with dry, hot north-westerly
winds. The fires to the east of us, which came to
be called ‘the Beast’ started to really get going at the
end of the first week of December. We will never forget
the first time we saw a pyrocumulonimbus cloud rising
about 30 kilometres to the east; it was beautiful and
very frightening. I knew that at the base of that cloud,
the temperature must be comparable to ground zero
in Hiroshima. (A CSIRO report on the Ash Wednesday
fires of 1983 estimated that the temperature at
Cockatoo in Victoria’s Dandenong Ranges reached
3000 degrees Celsius.) The carnage inflicted by
the Beast continued to grow: Lake Conjola, Mogo,
Rosedale, the outskirts of Batemans Bay, Moruya and
Cobargo, and a murderous New Year’s Eve.
In Braidwood we lived through a time dominated by
an all-pervasive smoke stench of burnt flesh; of streets
where the only movement was the endless queues of
RFS, SES and other emergency-service tankers
refuelling, and day after day of asking: Northangera
Rd, Back Creek Rd, Charleys Forest, Farringdon,
Monga, Mongarlowe, Araluen, Krawarree, Bombay
and so on—did they get through today?
On most days when any of us went to a café or the
local supermarket, we would run into friends and
acquaintances who had spent the last 12 hours
fighting fire, had seen fire burn very close to their
home, had lost stock, old gardens, orchards and
produce sheds or, were taking refuge at friends’ places
in town. A friend with limited mobility who lives out near

Mongarlowe stayed for most of December and
January at our house. When she could, she would
duck out to her home to feed the chooks and
comeback via the Mongarlowe fire shed with the
latest developments. I started painting what could be
termed ‘journalist reports’ of what I was learning from
those on the frontlines.
For example, the second of the Fireground paintings
began when Matty H was telling a group of us outside
Deadwood Café about fighting the fires near houses
out at Foxes Elbow. He and his crew had been
reversing their truck in close to the threatened houses,
fighting the fire and when it got too hot, hopping into
the cab and hightailing it out a few hundred metres,
then once the flames had dropped down, reversing
back into the fire-zone and resuming the fight. They
had been zigzagging like this for hours non-stop.
Matty was exhausted, running on adrenaline.
Fireground 2 is what I saw in his eyes. And the story
behind Fireground For Bruce is similar, based on Bruce’s
experience of fire burning all around him. Fireground
3 grew from Dave telling us about being tasked with
blacking out a hot spot of about 10 square metres,
where the soil was so dry that even after pouring 4,000
litres of water on it, it was still smouldering red-hot.